Swedish version of this article and further reading available here.

Maxime arrived from France to Gothenburg in December 2012, after being recruited to a company in the city. His employer turned to Nordic Relocation Group who offered to quickly find him a place to live.

– My employer put me up in a hotel room for a week, after that I was offered a choice of three different flats. At the time I knew nothing about Sweden, but when I compared them with rents online, all three seemed to be really expensive, says Maxime.

As he was pressed for time he accepted one of the offers anyway: an unfurnished two room apartment measuring 60 square meters in a 1930:s house in the district of Johanneberg. The landlord Zigra AB wanted 10 000 SEK per month.

– My employer and Nordic said that was a reasonable price, but my colleagues found it expensive, and ordinary Swedes I spoke to told me the price was insane, says Maxime.

He stayed for ten months in the apartment. One day, he rode the elevator with one of his Swedish neighbours. He asked her what her rent was.

– Then she said 5 000 SEK. Her apartment was identical to mine, I was invited to have a look, says Maxime.

He realized he had been duped into paying an exorbitant rent. (See fact box on Swedish tenure system.) At first, he turned to Nordic Relocation Group for help.

– They talked to the landlord and in the end he offered me free wifi as compensation. But at the same time, the rent was raised 300 SEK, so it wasn’t even free, says Maxime.

At this point, he heard of the Tenants’ Union and became a member. The Union’s first advice to him was to make himself the leaseholder of the contract. Up to this point, the let had been between the landlord and his employer, with Maxime subletting, thus having no tenure. Nordic Relocation offered to help him out with this new contract as well, but Maxime turned the offer down.

He took over the let in January 2014. The rent was still the same, but a few days after Maxime had signed the contract, the landlord showed up with a new document. Now, he wanted Maxime to sign an agreement removing the negotiation clause (see fact box) from the contract.

What the landlord didn’t tell him was that the negotiation clause cannot be removed until the contract has been valid for a minimum of three months. Because of this, the contract was left undated and the landlord said that there would be a little thing added in April, a pure technicality.

– But the Tenants’ Union told me how this really works. So I took a picture of myself holding the contract copy, outside a cinema that displayed the present date on a sign. In that way, I had proof that the contract was pre-dated in an inappropriate way, says Maxime.

He continued renting the apartment until November 2014, when he bought a co-operative apartment and moved out. Then, he let the Tenants’ Union contact Zigra AB and demand to get all the extra rent for 2014 back. The landlord’s representative first referred to the document stating the negotiation clause had been removed, and said the Union had no right to negotiate. But Maxime’s photo proved that the document had been illegally postdated and was invalid. The landlord was forced to repay him 50 000 SEK.

Maxime says that he knows several other skilled labour immigrants that still live in the same house, paying even higher rents than he did. He also claims that during his time in the house the Swedish tenants became constantly fewer and the number of foreign residents increased.

– I know several of the others also got their apartments through Nordic Relocation Group. Nordic must be aware of the situation. This doesn’t bode well for the future, it causes even more segregation in society. In the end, only the rich will be able to afford living in the inner city, everyone else will be forced out into the suburbs, says Maxime.

Hem & Hyra has been trying for several weeks to get a comment from the landlord Zigra AB, but with no success.

The Local: How to navigate Sweden’s crazy rental market

In Sweden, the price setting of rented homes is regulated. (However, there are different rules regulating the subletting of co-operative or privately owned apartments).

The rent should mirror construction costs, size of the apartment, living standard, and rent levels for similar homes in the area.

Where the house is located, however, is not a factor that should influence the rent. An apartment in the city center should generally have the same rent level as an apartment of similar size and standard in the suburbs.

If not stated otherwise in contracts, the landlord has the obligation to negotiate the rents with an organization representing the tenants, should any resident be a member of this organization.

Normally, this means negotiating with Hyresgästföreningen, the Tenants’ Union. One third of the Swedish tenant households are members, which means there are members in almost any house.

The rents negotiated should apply to all residents in the house. To suddenly charge different rents for certain individuals is a total violation of agreement.

If there is a dispute concerning rent or accomadation, this can be settled in the Rent Tribunal, Hyresnämnden. You can read more about laws and rules (in Swedish) at the tribunal’s site.

A clause in the contract which states that the tenant and the landlord must follow the agreements that the landlord has settled with a tenants’ organization in collective negotitations. This could apply to both rent and other issues.

If a tenant doesn’t want to be part of collective negotiations, landlord and tenant kan write an agreement to discard this clause. However, this can not be done until the tenant has been renting the apartment for at least three months.

The last rule was created so that landlords shouldn’t be able to force tenants to discard the negotiation clause during contract signing. 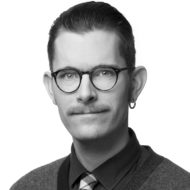 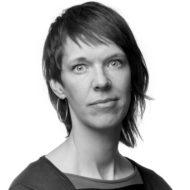 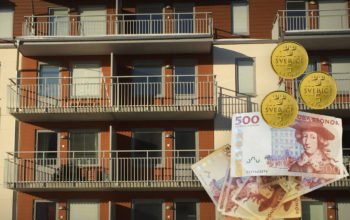 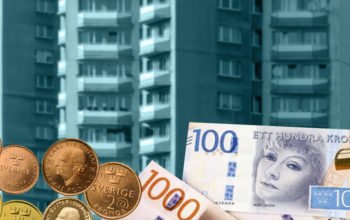 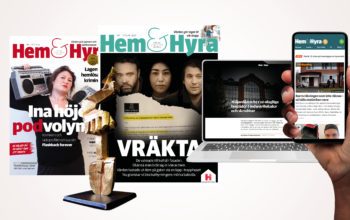 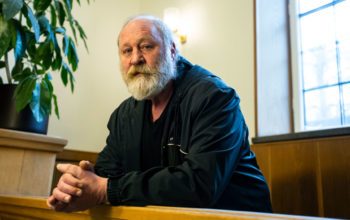 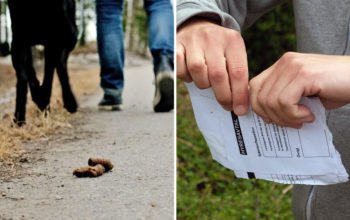 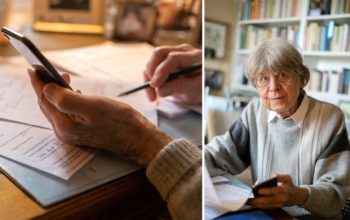 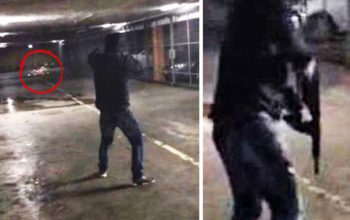 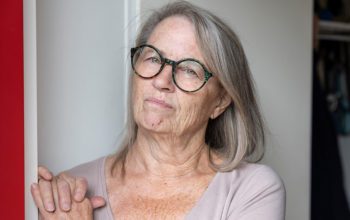 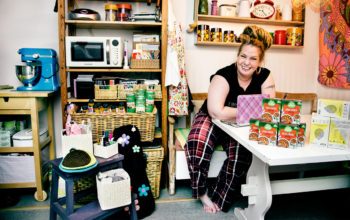 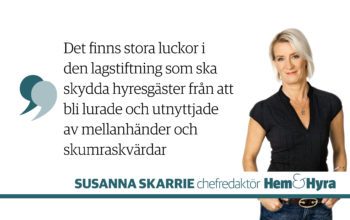 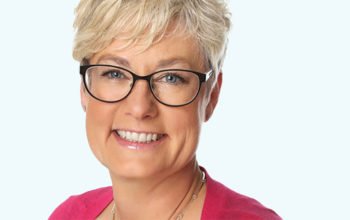 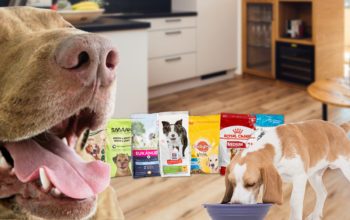 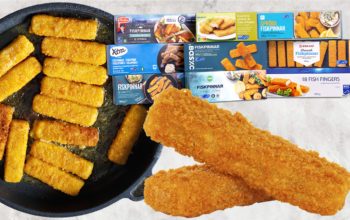 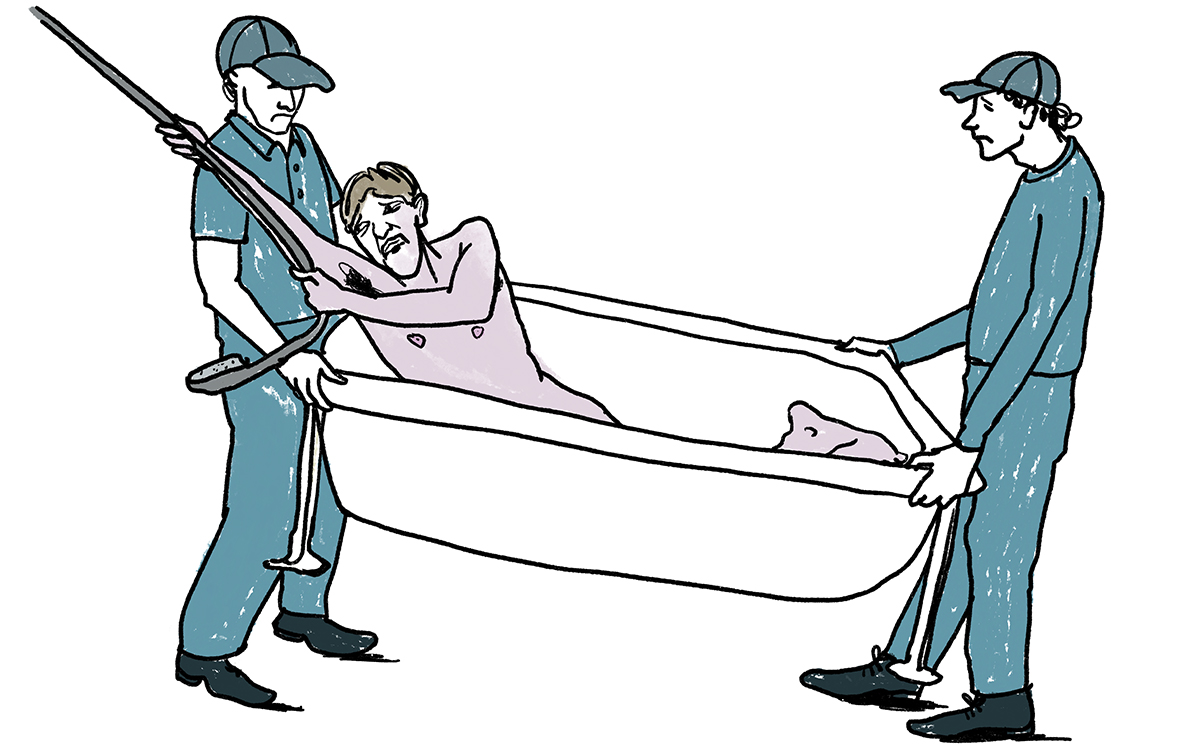 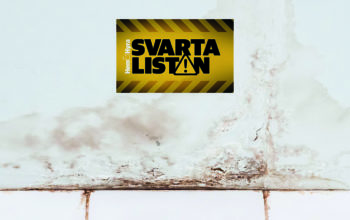